Solar power plants are becoming an increasingly popular way of generating electricity. Homes and businesses covered in solar panels are on the rise, and many households are realizing the benefits of energy independence. There are also a lot of myths and rumors that revolve around photovoltaic solutions, we will try to dispel them and focus on the most fundamental advantages of a photovoltaic power plant. Solar energy is currently one of the cheapest sources of energy. It is renewable, relatively clean and does not require much maintenance. So what are its benefits? 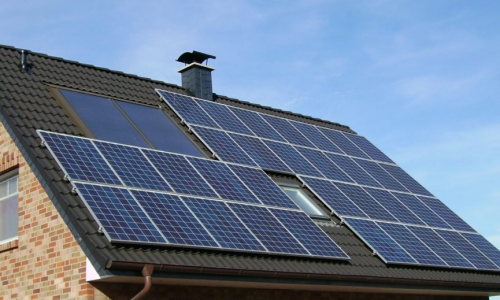 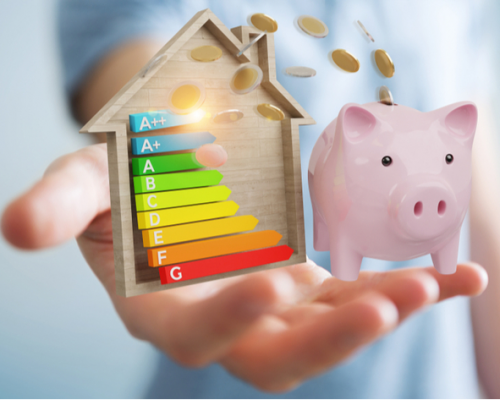 Price, ie costs, are the first item that interests clients. And no wonder, it’s an investment in the future that must not be wasted. The costs of generating electricity are minimal, electricity is produced from the already mentioned photovoltaic panels and with increased consumption, energy is taken from the distribution network. As for the payback period of the investment in the solar power plant, the time horizon differs, but with the support of the subsidy from the New Green program for savings and the ever-increasing quality of materials and technologies, the payback period is significantly reduced. The subsidy comes from the sale of emission allowances, which do not come from the state budget or the Union budget. Allowances are intended to serve as a tool to reduce greenhouse gases. Member States have shared emission quotas for carbon emissions. If these quotas are exceeded, it is time to buy emission allowances.

On-grid installations make up the vast majority of photovoltaic systems installed in the world. In this type of installation, the electricity from the photovoltaic modules in the form of direct current is converted by an inverter to alternating current with the appropriate parameters and then used to operate household or company appliances. In the case of energy surpluses, they are resold to the energy network. Installation in this system will require the replacement of the existing electricity meter with a special two-way meter. 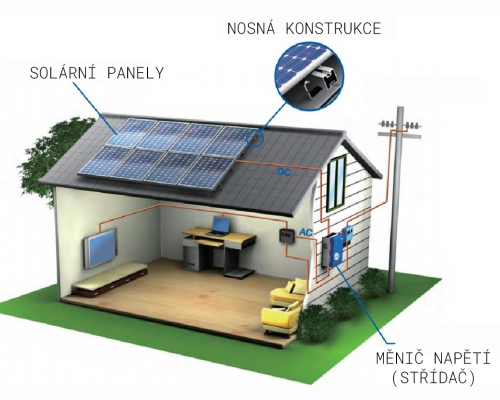 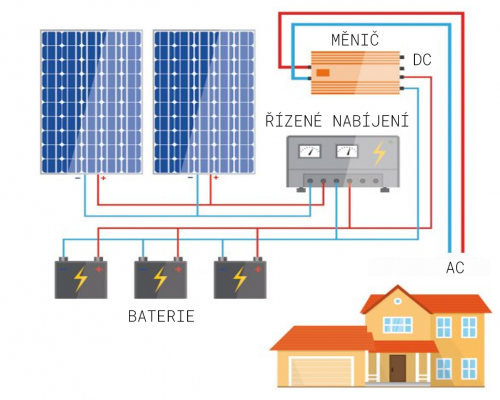 The OFF-GRID system, also called the island system, is widely used wherever we do not have the option of connecting to the electricity supplier’s network. This system is used for cottages, boats, caravans, but also independently and independently running equipment without the possibility of other power supplies.

GRID Free as the only solution today makes logical sense. The days when ON-GRID systems paid off are long gone, because the price at which the power plant buys energy from you is much lower than it was a few years ago. The GRID Free system works practically very similarly to the ON-GRID system, with the difference that we do not allow overflows into the supplier’s network, but we try to consume them ourselves. In this solution, we do not need to replace the existing electricity meter, it is only necessary to install a limiter, which will prevent overflows into the supplier’s electrical network. The limiter current probe simply measures the current drawn from the supplier’s network and at the same time compares the values ​​with the energy produced from our panels. If the energy produced from the PV plant is higher than the current taken from the same phase, the limiter withdraws the power of the inverter so that there are no overflows. The problem is that a standard electricity meter does not know in which direction the current is flowing, so you would pay for the surplus just as you would draw the current. Of course, the GRID Free system can also be supplemented with batteries, and if we have an excess of energy, it is also possible to recharge our own batteries, from which we can draw when the system does not generate energy (night). 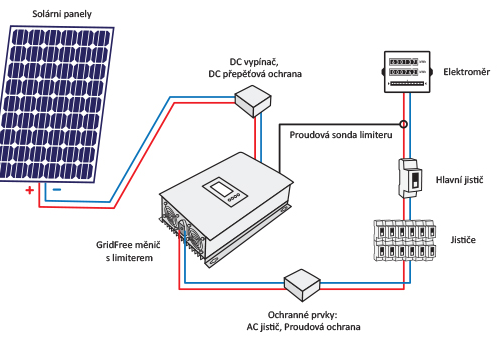